The Story of Our Congregation

From August 1983 – 1984, Vicar Rod Flohr and his wife Beth arrived to help with the new mission church. Pastor Arnold Walta, pastor of Lutheran Church of the Cross, and Vicar Flohr took turns leading services at Timberlane Community Center and Covington Elementary School. In January 1984 the time came to name the mission church and from 19 possible choices, Peace Lutheran Church was chosen in a close vote. In March 1984, the property on Kent-Kangley was dedicated to the glory of God. Pastor Robert Kunz and his wife Ruth moved into the parsonage, arriving from St. Joseph, Missouri, in September 1984.  Pastor Kunz served until 1992.

By July 1985, a formal Building Committee began making plans for building a church building of our own on the Kent-Kangley property. The District approved a construction loan of $225,000 and groundbreaking took place in April 1988. The congregation decided to be their own general contractor and hired Laborers for Christ, a group of retired, skilled trades people for the construction. Almost every member volunteered to help. With the Lord’s help and blessing, the sanctuary was completed  in time to hold the very first Peace Lutheran church service on Christmas Eve 1988 with 256 worshippers in attendance. After more finishing of the building was completed, we finally dedicated the building in June 1989. By then, it was already evident that expansion plans should begin as soon as possible as two services were needed to accommodate a growing and enthusiastic ministry. 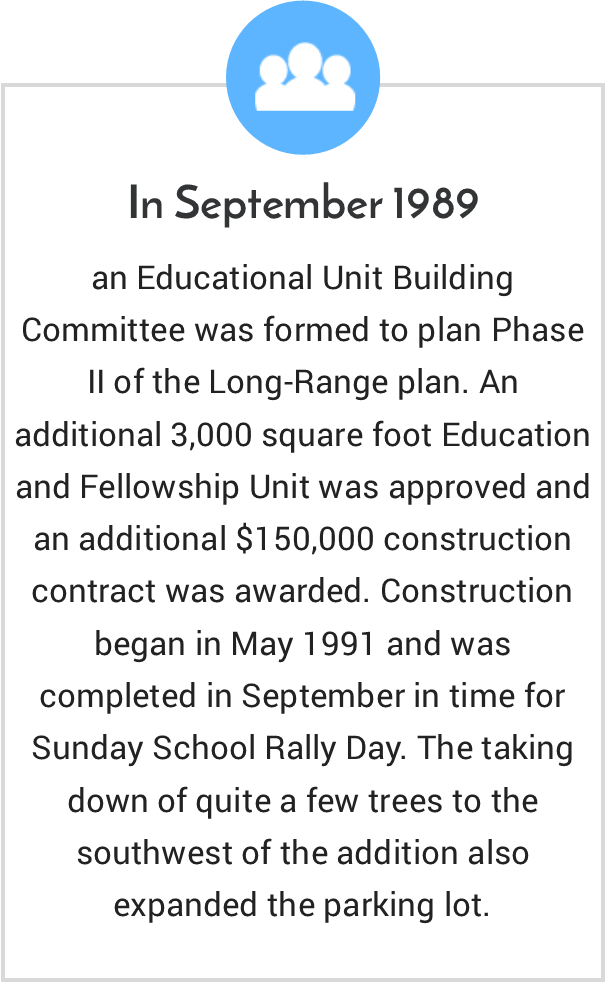 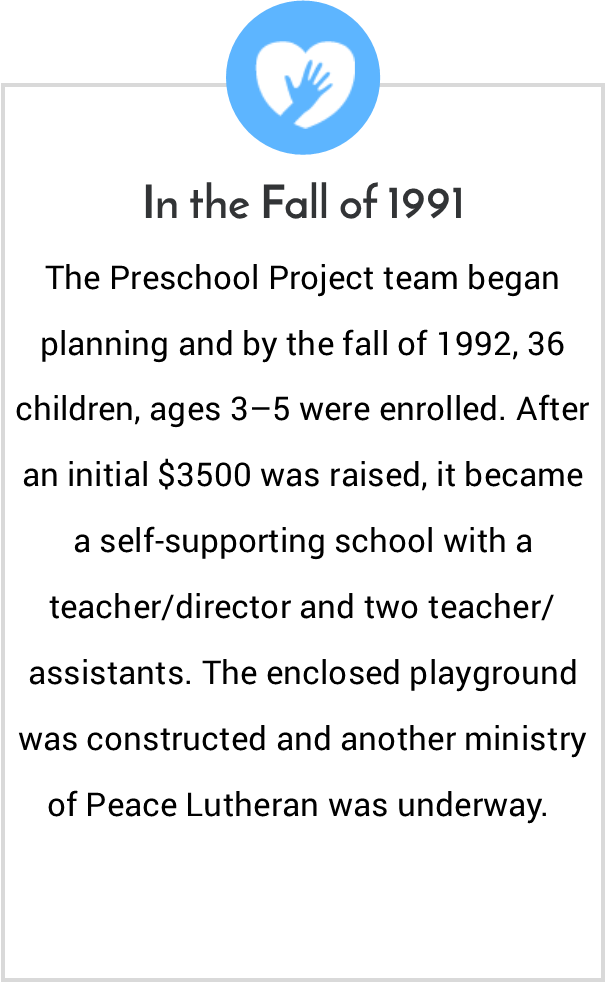 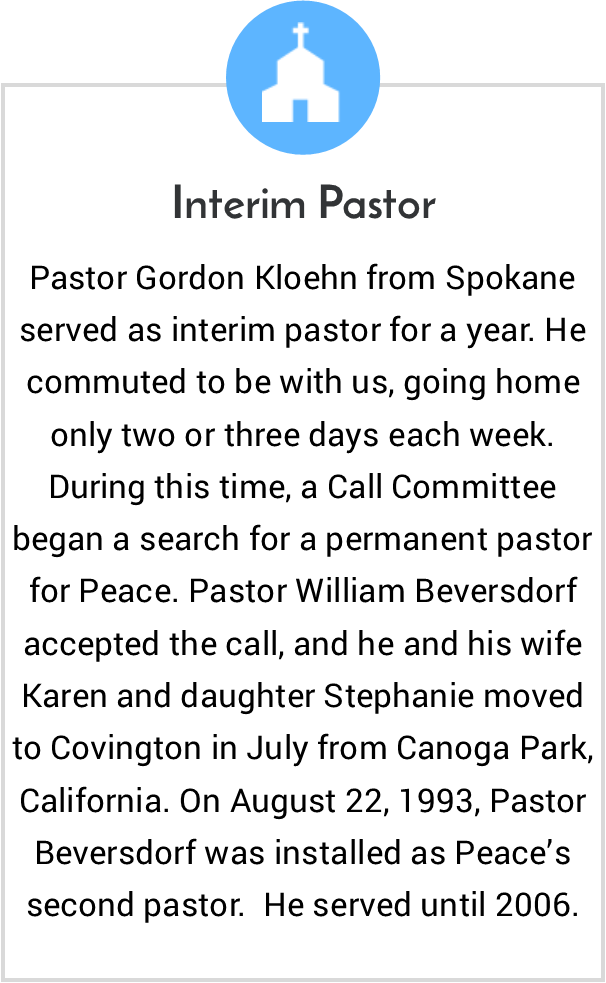 With the congregation growing, and a feeling of wanting to include more of our community, the congregation decided to search for a Minister of Music who would help start a Contemporary Service at Peace each week. Kris Belfils served from1997 to 1999. A Contemporary Service was added.  Under Kris’ leadership a cantata and Passion Play with many members taking part in this very beautiful story of our Lord’s ministry on earth and His sacrifice for the whole world.

The foregoing narrative tells the history of Peace Lutheran Church from many memories and writers. This can’t be a complete story though until we all meet again in heaven. Progressing through the years, Peace has experienced much generosity of time, talent and treasures – especially the many hours of volunteer service by the members. Fellowship among all of us is so important and we remember many: Strawberry Fest’s, St. Patrick’s Day Mystery Dinners, Bingo/White Elephant nights, Pie Auctions, Building Fund Auctions, talent shows, chili cook-offs, Easter breakfasts and Campfire Breakfasts, Youth Group, Leadership and Women’s group retreats, parking lot sales, church picnics and many other member gathering events. We’ve also experienced the joys of baptisms, confirmations and weddings and comforted each other at times of trouble, goodbye potlucks, and funerals. The story of a church is the people – glorifying our Lord Jesus, serving God and helping one another. Peace Lutheran is still striving to be the friendly family church. Earnest prayers that with God’s help, we can continue the mission of Peace Lutheran Church: